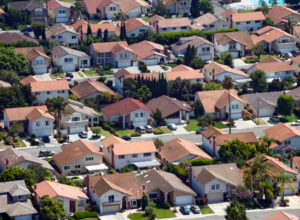 After nearly six years of rising home prices, what’s next?

Will 2018 be the seventh year home prices go up? Or the year the market stalls? Will this be the year that tenants get the upper hand over landlords? Or will rent hikes just keep coming?In other words, will the seller’s market of the past 69 months continue in 2018?

We interviewed 10 economists and reviewed nine forecasts to find an answer to that question. It can be summed up in one word.

Yes, home prices and home sales are projected to keep rising in the year ahead, although the gains will be smaller.

Yes, the supply of homes for sale will fail to keep pace with demand, fueling more cutthroat bidding wars.

And yes, rents will keep rising while apartment vacancies stay near all-time lows.

The economists all cite the same reason: “As long as the economy keeps growing, that’s going to give a push to the housing market,” said Anil Puri, director of the Woods Center for Economic Analysis and Forecasting at Cal State Fullerton.

To get a grip on the year ahead, we highlighted five topics: Prices, sales, mortgage rates, number of homes for sale and rent.

The picture that emerges shows a market that still has more room to grow.

Ultimately, we ask the question on the minds of those still seeking to buy a home but are worried they missed their chance: How long will this crazy, runaway train of a market last? Is it too late to buy a home?

Here’s what we learned.

Home price gains will continue in the year ahead, just not as fast as in 2017, economists said.

On the one hand, rising demand and a shortage of homes for sale create upward price pressure. On the other, those are offset by an expected increase in mortgage rates and fewer buyers who can afford today’s home prices (called “low affordability” by economists).

A county-by-county analysis by Moody’s Analytics shows home prices in Orange, Riverside and San Bernardino counties will be at least 3.6 percent lower than where they would have been in 2019 without the tax law. In Los Angeles County, prices will be nearly 5 percent lower than previously expected growth rates. The National Association of Realtors projected the tax law will curtail California home price growth by nearly 1 percent.

Which is a bit of a mystery, given the state’s robust job growth and still-low mortgage rates in 2017.

“You have to wonder why aren’t we seeing more sales activity,” said Robert Kleinhenz, executive director of research at the UC Riverside Center for Economic Forecasting and Development. “The population is much bigger, and all else being equal, you would expect to see a larger number of sales.”

The answer to that riddle, said CAR’s Appleton-Young, is a lack of inventory and prices starting to get out of reach for some.

“The lack of inventory and affordability are really … keeping a lid on the California housing market,” Appleton-Young said. “We have fewer transactions … today than when we had 10 million fewer people living in California.”

Mortgage rates have averaged 3.8 percent over the past three years, with just two brief periods when rates got above 4 percent.

Now, economists say, rates are heading up again, and likely will stay above 4 percent for the coming year.

Federal Reserve hikes in short-term interest rates will directly impact adjustable-rate mortgages and home equity lines of credit, CoreLogic said. They also will drive up long-term rates, to which fixed mortgages are tied.

Buyers will have too few homes to choose from

The lack of homes for sale that has plagued the region and the nation for the past five years will continue in the year ahead. Southern California’s for-sale listings fell to 27,550 in December, the lowest number since the spring of 2013, according to ReportsOnHousing.com.

Why are there so few homes?

People are staying put longer between sales — 11 years, twice the 2009 average, according to CAR. Homeowners also are reluctant to sell because they can’t find another home in which to move.

Homeowners also stay put to avoid capital gains taxes or higher property taxes on a new home. Those who got mortgages when 30-year rates averaged 3.5 percent also are “locked in” because they don’t want to give up their lower house payments.

Because of the newly passed tax legislation, homeowners with home loans greater than $750,000 will stay put to keep their mortgage interest tax deductions.

“For-sale inventory will stay lean because homeowners are not going to move, (and) that’s going to limit the inventory that’s for sale,” CoreLogic’s Nothaft said.

Renters to pay more, too

“As long as the buildings are full and the new development fills up, that’s going to allow rent growth to continue,” said Greg Willett, RealPage chief economist.

“Most places, usually at 5 percent is when rent flattens out,” he said.

When will rent go down?

“We don’t have that in the near-term forecast in the Southern California market,” Willett said. “Usually, you’re talking about a recession and big job cuts for rents to go down.”

Should you buy a home?

After almost six years of home-price gains, people are asking how much longer will this trend last? Is it too late to buy a home?

Southern California single-family home prices have risen $239,000 or 91 percent over the past 69 months, according to CAR.

How much longer can this go on? How soon will prices start falling? Is it safe to buy a home today?

Most economists say this bull market still has some legs, lasting a year or two more at least, if not five.

“It’s debatable whether we’re in a bubble,” said Chapman economist Doti. “(But) is it a bubble that’s about to burst? No.”

First, economists note the last crash was preceded by a buildup of homes sitting on the market without selling. Currently, few homes stay on the market long, and as mentioned earlier, Southern California listings are at a five-year low.

“We have a demographic tailwind going forward,” he said.

“Yeah,” Doti said. “The sooner the better. Get it while interest rates are low. If you can afford a home, now is a good time to buy.”

But there are some precautions you should take first, added USC’s Green.

“If you like the house, if you could afford it, and would live there five years, yes. Otherwise, no,” he said. “In the long run, you’re fine. But if you have to sell (in the short term), you could be in trouble.”